All That Is Possible.

There is a new model for Government in Canada. The Garden Party, Self Government of Canada Without Borders is real but hard to spot. There are no special meeting places, in the garden composting, in the barn, or on the job digging up another lawn, are just a few of the places we get together to discuss policies and actions. No special Tax Payer supported unnecessary Government Buildings for Pomp, Ceremony, and Never Ending Arguments. The Garden Party has no need for an army to maintain blowing up things. There are no membership cards, registration, tickets, patents, licence fees, pass ports, or tax collecting, so we do not have any Offices to keep track of things we don't need to do.
For the most part, the Garden Party Members do not break man made laws, even dumb laws, if only to avoid hassle of tickets, courts and jails. However The Garden Party Self Government of Canada has no fear of lawyers, police, judges or jails, we will work with these  fellow humans if the action is beneficial to the whole. The Garden Party of Canada Without Borders does not recognize The Elected Governments of BC or Canada as having any legal authority to impose its laws on any self declared Member of the Garden Party, at present we have before their courts challenged the Election Process under the Constitution and the Lawyers of Her Majesty are dragging out the case in an attempt to avoid our challenge. In the meantime, we consider ourselves as The Government of BC and Canada. Any charges against us as individuals will have to be delayed until our Court Case is finished in what is considered the highiest court of Canada, and may even be taken to the United Nations. We have no intentions of backing down from intimidation and threats, already tried, or flattery not yet tried. Buying off priceless people who do not consider money as a real value is not possible, the best they can do is join us, the worst is bury us, too late for that, besides, we have nothing left to lose.
The Garden Party has as many ministers of this or that as needed, phony elections are no longer bothered with, we simply are the government, but only visible by people who have ears, not even the mainstream media have reported on The Self Government of Canada or the pending court case. Simply put, we are a invisible black hole.
Victoria Feeds Victoria In Six Years. We will be leaving our Nursery Gardens in Saanich BC on route to Manitoba doing projects on the way, Harrison, Quesnel, Wells are some of planned stops in BC, more details will be posted on future Blogs. Services, policies and goals will be posted in following posts, and all ages are welcome to join our Black Hole Tour,  there are some basic plans but adjustments can be made to accommodate. We stand with the 24/7 Law that all public property is freely available for camping, and gardening. The next blog will discuss more.
Local Wild Onion, stronger flavour than chives. 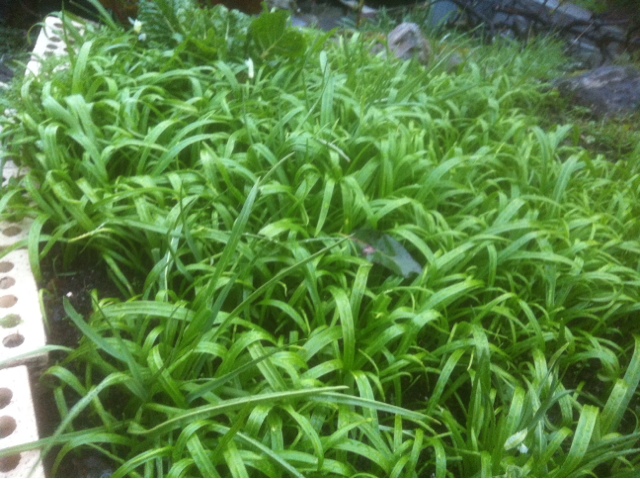 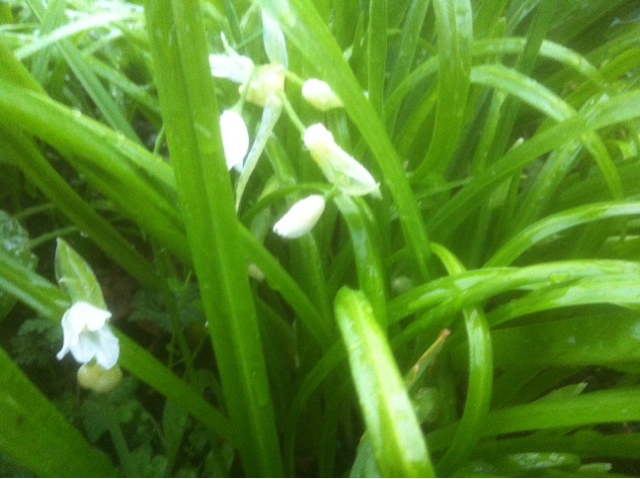 Clusters of small marble size bulbs will form on flower heads, and store all winter. By us, only known locally. 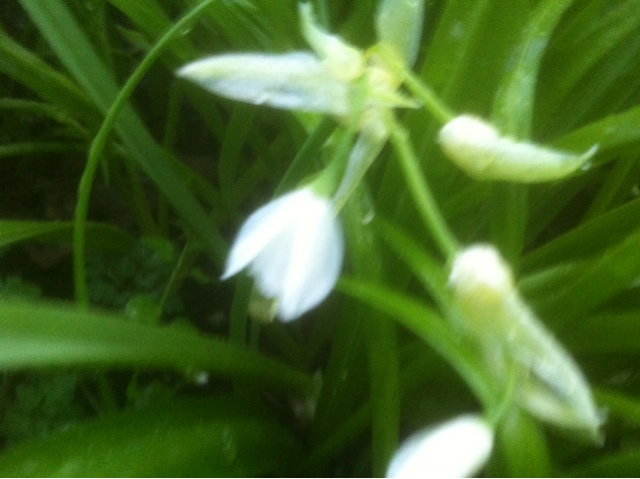