End all war, action in progress.

This is the beginning of a personal attempt to bring down militarys around the world in !0 years.  My first action will be to go to the nearest military base on Dec. 21, 2012 and call for a winding down of our military and requesting of a halt to the purchasing of new killing equipment, and, bringing an end to the manufacturing and sales of all military materials for export.
My plan for now is simple, show up on Dec. 21 at Esq Navy Base, Victoria B.C. Canada,  around noon and stay an hour or as long as I feel like.  I plan to continue on doing a repeat action Jan. 21, Feb. 21, March 21, until the goal has been accomplished.  My hope is that people around the world will agree with this action, and do the same  where they live.  Louis Lesosky,  occupation apple tree,  soslesosky@gmail.com.
Posted by The Garden Party at 5:47 PM No comments:

Posted by The Garden Party at 4:20 PM No comments:

Friday the 21st occupation in Victoria BC 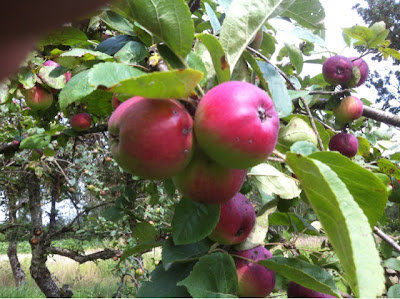 Posted by The Garden Party at 4:12 PM No comments:

What are we doing?

Occupation apple tree is an idea in progress.  Started January 2012, taking on neglected fruit trees on Vancouver Island. One apple tree, led to another, to over 100 trees, mostly apple and plum, with a couple pear and  fig. And, Together with, "Sonny",   work was started on 150 apple trees .We also have pear trees in Agassiz, Harrison, and Chilliwack;   red and black currents, plums and apples in the west Kootanies. 3 acres of farm land full of blackberries, to be developed in the Frazer Valley.  There is more and we are now preparing to take on any agricultural land anywhere in BC. We do the work freely,  without the use of toxins. Mushroom picking is almost over, I will be working in  Agassiz ,Chilliwack and West Sannich in Dec.   The goals of Occupation Apple Tree,  food self reliance in ten years locally, provincially, nationally; self reliance in growing processing and distribution.  This appears to be more than a few people job so we are  looking for lots of help.                            The job of learning how to post this up on the web,  making connections with those who have trees or land, starting the work, finding interested humans,who would love to do this work freely, picking apples, cutting brush has kept me occupied. This week I will be doing brush and tree work as well as some apple picking on Vancouver Island.
Posted by The Garden Party at 8:51 PM No comments: